What is bamboo stick incense?

From another point of view, the ancients said: shallow water in the south, people like to travel, so Nanxiang with feet; deep water in the north, thick human nature, like to retain roots (that is to say, to keep incense from generation to generation), so in the north to make incense without bamboo feet. Therefore, for those who are very critical about using incense, linear incense is still the first choice. However, with the development of the times, bamboo stick incense has been used by many people besides Palace view. It is gradually used by some people at home to offer rites and gods. In order to better borrow incense for communication, it is particularly important to choose a natural chemical-free bamboo stick incense. 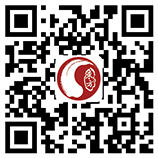